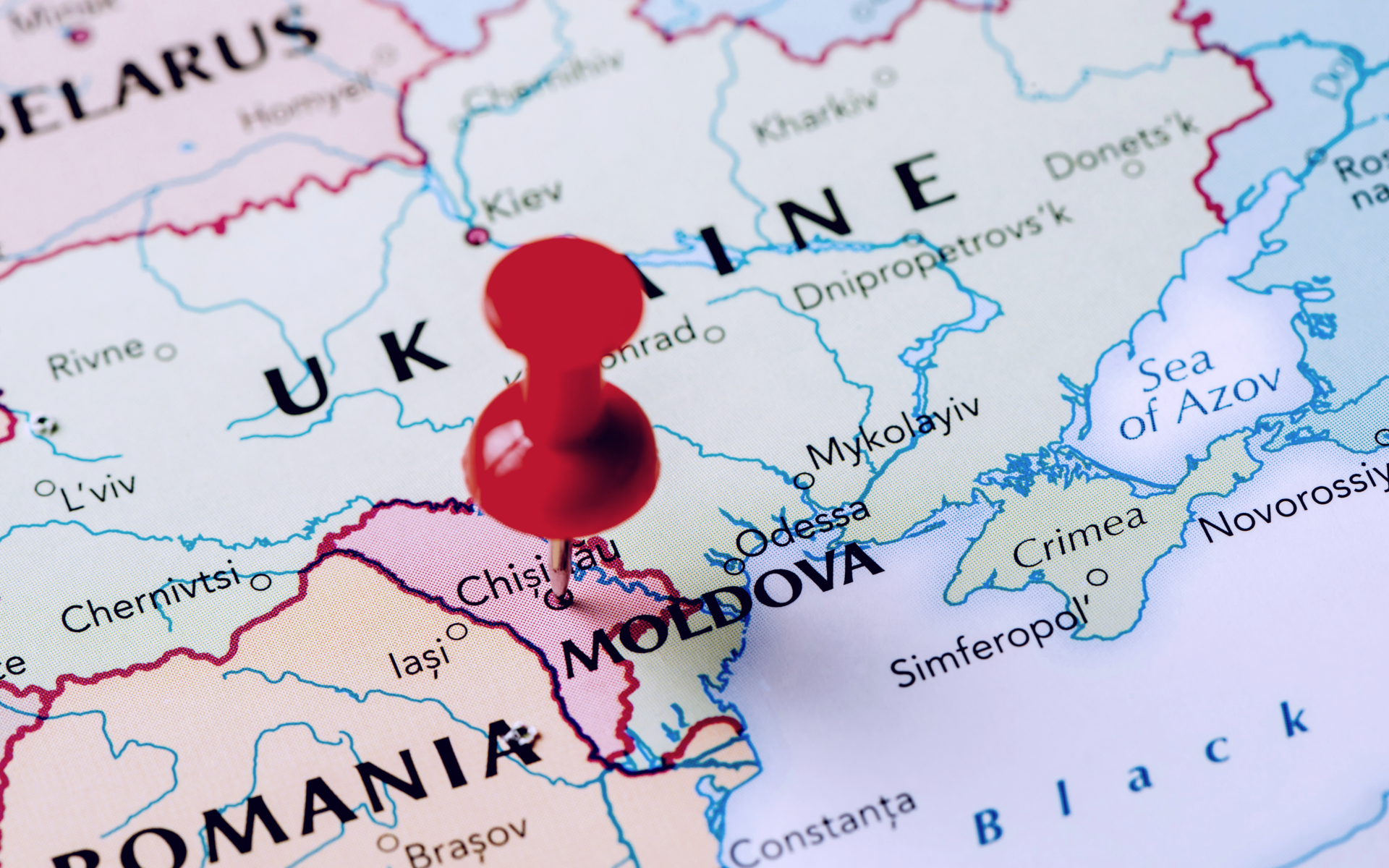 On June 6, 2022, Romanian President Klaus Iohannis have declared that he is intended to “provide additional resources for state security and Moldova’s territorial integration.” A day after that declaration Moldova Defence Minister Anatoly Nosaty has went to Romania for two-days official visit.

Nosaty has met with Romanian President Klaus Iohannis, Prime Minister Nicolae Chuca and Romanian Counterpart Vasile Dyncu during his visit. Main theme of the negotiations was Bucharest to provide additional resources to Chisinau for modernization of Moldovan Army. Nosaty has visited many NATO training ground in Romania,[1] and on 3 June, 2022, he said that Moldova do not possess tanks and they will evaluate purchasing anti-tank missiles with their partners.[2]

The demand of Moldova to be armed for defense is brought on the agenda when Russia has started an operation to open a corridor to Transnistria from land in the second phase of Russia’s invasion yo Ukraine on April 22, 2022. Later, Chief Advisor to Ukranian President Mihail Podolyak has advised Moldova to be prepared for every situation. Besides, he expressed that it is a must that she should develop the relations with the European counterparts, modernize the army, and prepare required equipments for possible attacks. In addition, he expressed his doubtfulness that Russian-Ukrainian War could spread to Moldova.

While the US has declared that they are ready for providing aids to Moldova, British Defense Minister has highlighted that the country must be armed. British Foreign Minister Liz Truss has said that Moldova is a “country” and therefore she should be armed in accordance with NATO standards. Besides, if the ally countries agree, Chisinau will be receiving new weapons and Moldovan soldiers can be trained to use those weapons.

The first country that wants armament of Moldova is Britain. London, who is pleased with Moscow’s pressure on some of the countries of the region, has got the chance for building strategic relations over that threat with Eastern European countries, especially with Moldova. Britain has expressed that Moldova needs to have NATO-standards of weapons and saying that Russian threat over Moldova is continuing.

Both Moldova and other states, which are interested in the security of that country has increased their concerns. Moldova Defense Minister Nosaty has explained the situation before Romania visit, with his Professional soldier identity, expressed that Ukrainian War is a greate tragedy, yet until now there is not a sign that Russia is not intended to attack to Moldova.

Nosaty has evaluated latest development in Russian-Ukrainian War, has clarified that clashes in the Eastern Ukraine will not spread towards Moldova until the War did not expand towards Nicolaev and Odessa. In addition, if the war expands towards Nicolaev-Odessa line, this would affect Moldova’s territory, and in order to respond it, she should be more active. Finally, she stated that in the event of an attack on Moldova, the Army will use its full potential to defend its country, but still accepts that the Army is small and inadequately equipped.[3]

It is known that the Moldovan Army will not be able to resist any attack of Russia. Moldovan Armed Forces has 6.5 thousand soldiers. This situation increases Chisinau’s concerns about possible attacks. As it is known, the effort of the Moldovan Army to gain control over the Transnistria region in the 1990s failed. After the ceasefire between the parties, Moldova’s main task was not to control the region by using force, but to keep the balance of power against the Transnistrian Army. Against this, Transnistria, which declared its independence from Moldova, has 5 thousand regular soldiers, four thousand police and three thousand national guard forces in the Army forces. The sum of these amounts to twice the Moldovan Army. In this context, it can be said that Moldova’s goal of taking back the Transnistria region by using force is not on the agenda.

Besides, in the Transnistria region there are nearly 2 thousand Russian military has starting to work as a peace force. Transnistrian forces, trained by the Russian Army and provided with weapons, are an important obstacle for Moldova to gain control over the region. This is an issue that may pose a threat to its own security. One of the main concerns of Moldova at the moment is the question of “defense of its territory.”

In this context, Romania considers that the threat emanating from Russia has reached its borders. For this reason, it plans to establish a new more comprehensive military cooperation with Moldova and seeks ways to ensure the security of Moldova. The question of how any military cooperation between Moldova and Romania will be met by Russia is curious. Igor Dodon, who served as the President of Moldova between 2016-2020, made statements on the developments regarding the possibility of purchasing weapons from Romania; he said that “the Moldovan government aims to unite the country with Romania militarily and politically, so they are advancing the country on the way to Ukraine”.[4] In the periods that Dodon serves, it was called as “absolute balance policy”, and “protector of outside-bloc status.” He defends to be close with Moscow to decrease Russian threat and protect Moldova’s territorial unity.

Known for his opposition, Dodon said that arming Moldova would make the country a target. Similar considerations exist in the government and in Moldova’s neighbor, Romania.

The Speaker of the Romanian House of Representatives, Marcel Ciolacu, said that Moldova needed border security, not military support. Moldovan Parliament Speaker Igor Grosu stated that Moldova is a neutral state, but this neutrality should be preserved.[5]

On the other hand, Moldova is trying not to attract the attention of Russia by protecting “off-block” status defined in the Constitution. On the other hand, by trusting this status, she was concerned about being country vulnerable. Moldova, for a long time, was known as to be cooperating with NATO and NATO member countries. But Chisinau is worried about this situation to move forwards.

Due to its historical ties and neighborly relations with Moldova, Romania has undertaken a protective mission to ensure the security of this country. On the other hand, it is reluctant to push the Moldovan government further in this regard. It is thought that, in the event of arming Moldova, it may show a similar reaction of Russia towards Ukraine. While the Minister of Defense of Moldova declares that there is no security concern for the country, on the other hand, he is holding talks against the possibility of such a risk. It also tries to get support from Romania, its most important and implicit ally.

In the Romania visit, it was clearly arrived in a consensus to supply Moldova arms. However, according to Nosaty, the important one was the question of in what degree NATO-member countries and Romania defend Moldova’s security. Chisinau knows that it cannot resist as much as Ukraine due to its inadequacy of military capability, and in this case, it believes that weapon aid to Ukraine will not be sufficient to ensure Moldova’s security.

Moldova has two options. The first one is that having some weapons in addition to protect the “off-block” status, in order not to be the target of Russia. The second one is that, to wait for NATO to give “real security guarantee”, and especially Romania, in the situation of Moldova’s security under threat.