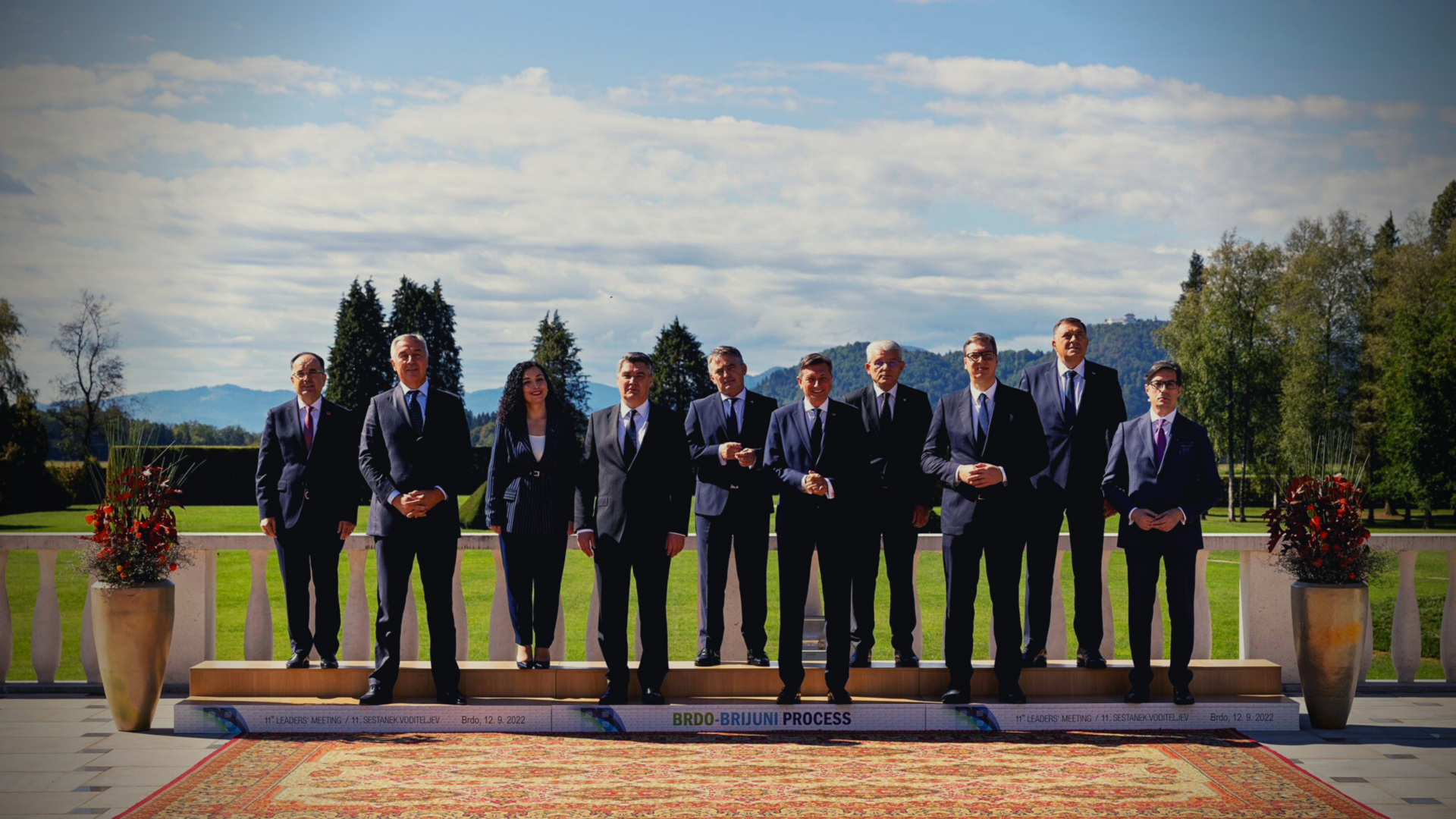 The Brdo-Brijuni Process, initiated in 2013 by Slovenian President Borut Pahor and then Croatian President Ivo Josipovic, offers an important dialogue environment that aims to find solutions to the problems between Balkan countries, to evaluate the European Union’s (EU) enlargement process and to deepen regional economic cooperation. In this context, Ankara Center for Crisis and Policy Studies (ANKASAM) presents the views of Petar Milutinovic, Researcher at Institute of European Studies based in Serbia evaluating the importance of the Brdo-Brijuni Process for the Balkan countries. Brdo-Brijuni process represents a diplomatic multilateral initiative that drives the dialogue between Slovenia and the Western Balkan countries on regional matters. Since it proves to be a forum of discussion and dialogue, my view is that little progress can and will be made because it is not seen as a form of negotiations but rather as an ‘exchange of views only’ framework. This year’s topics for discussion are the ongoing war in Ukraine, accelerating the integration of the Western Balkans region into the EU and the current state of affairs in the region. As we could see, these countries had the opportunity to once again show their commitment to the EU membership perspective and to resolving the current disputes and issues. In my opinion, it is a way to enhance the cooperation but in a limited manner since it represents only an annual forum of multilateral significance. Taking into considerations the Ukraine crisis and the geopolitical need for the EU to gain its leverage, Brdo-Brijuni process has a potential but it lacks effectiveness. The leaders meet, express their viewpoints and then return to their home countries. The process would gain momentum if it had all the EU Member States involved and not just Slovenia and Croatia. Furthermore, the Berlin Process represents such an initiative, aimed at revitalizing the multilateral ties between the Western Balkans and certain the EU member states, and at improving regional cooperation in the Western Balkans on the issues of infrastructure and economic development, but the manner in which multilateralism functions represents a key burden to implementing the common values and goals. The European Council recently expressed its viewpoint in its conclusions that it is ready to grant Bosnia and Herzegovina the candidate status. The decision to grant the candidate status to Bosnia and Herzegovina is brought about by unanimity, meaning that all the EU Member States have to give consent to this decision. However, before that the European Commission should provide its report on the reforms and present its remarks on the state of these reforms, which among many include the Bosnia and Herzegovina Constitution amendments. This depends on the political compromise among Serbs, Croats and Bosnians as main three constitutive nations. The joint conclusions were adopted but without Croatia’s position on the importance of “legitimate representation of the constituent peoples at all levels of government in Bosnia and Herzegovina.” The unwillingness of the stakeholders of the Brdo-Brijuni process to agree to the joint declaration represents a key indicator of the true inability to move forward with the process of the euro integration. The adopted conclusions rather represent a formal pledge for the acceleration of the EU enlargement but without the real need to speed up the reforms in the Western Balkan countries. Petar Milutinovic, holds a PhD in International and European Studies at the University of Belgrade. Working as a researcher at the Institute of European Studies (IES), Milutinovic’s areas of expertise are international relations, security studies, transatlantic relations, and European Union integration.