The Approach of CICA Countries to the Afghan Issue 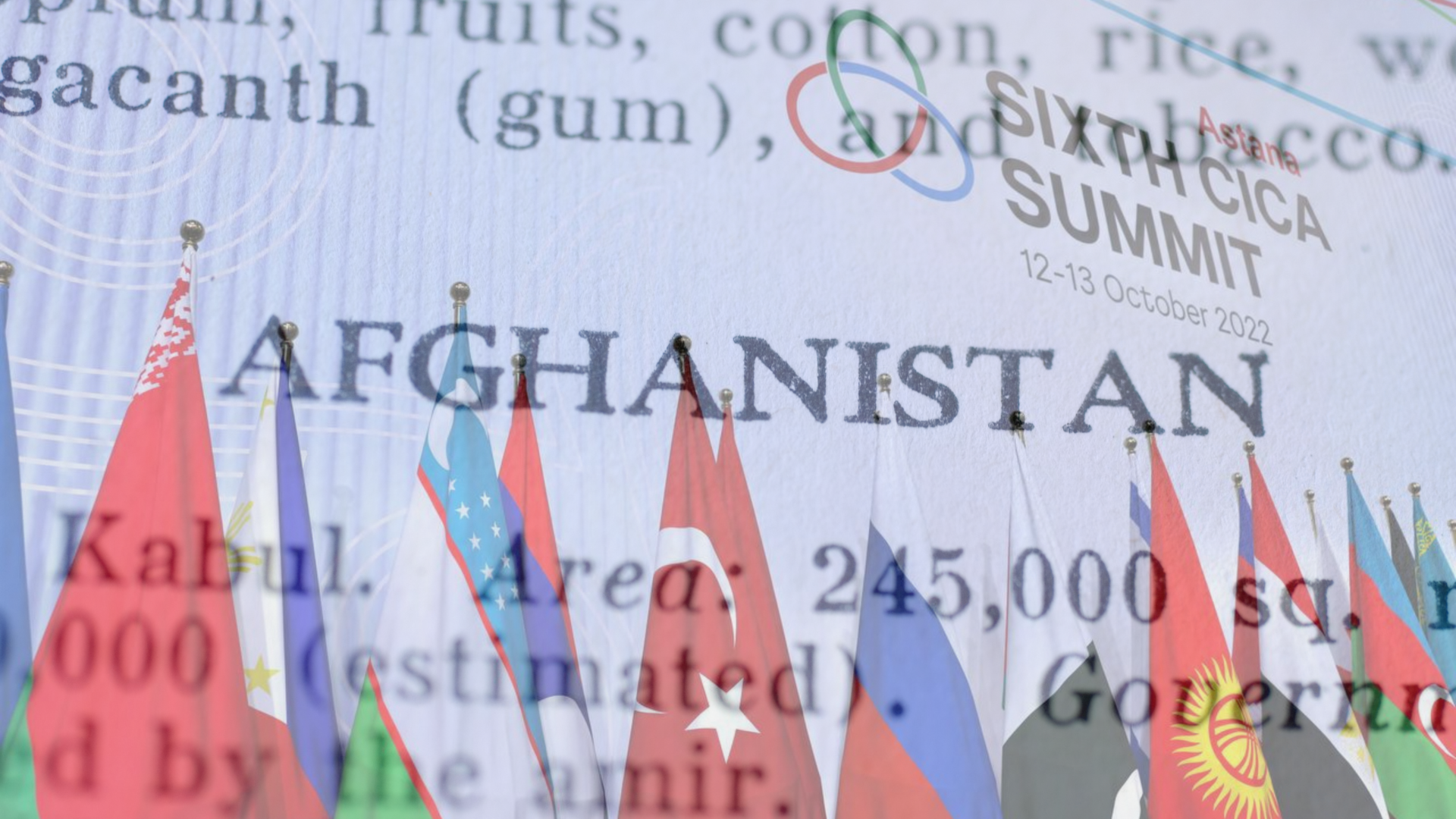 The 6th Summit of Conference on Interaction and Confidence Building Measures in Asia (CICA), which is the most important security platform in Asia in terms of both its purpose and the number of members and observer members, was held in Astana, the capital of Kazakhstan, on 12-13 October 2022. The main basis of the summit is to create dialogue-based cooperation in the field of security in Asia. When it is treated of the security, peace, and stability of the continent; it is unthinkable that the occupation, war, and instability that Afghanistan has been experiencing for half a century should not be included in the speeches of the leaders.

Although Afghanistan is a member of CICA, since the Taliban administration was not recognized at an official level, the Taliban was not to be invited to Astana. Despite this, the Afghan Issue was an important agenda item of the summit. Because many actors, especially the United Nations (UN), claim that terrorist organizations have increased their activities in Afghanistan.

As it will be remembered, in August 2022, the United States of America (USA) announced that the leader of Al-Qaeda, Ayman al-Zawahiri was killed as a consequence of the air operation in Kabul. In September of the same year, a terrorist act occurred in front of the Russian Embassy in Kabul and two Russians passed away with the citizens of Afghanistan in the incident. Prime Minister of Pakistan, Shahbaz Sharif pointed out that terrorist organizations in Afghanistan, DAESH, Al-Qaeda, Tehrik-i-Taliban Pakistan (TTP), Uzbekistan Islamic Movement, and East Turkestan Islamic Movement were involved in an activity in his speech at the UN General Assembly. After the murder of the al-Qaeda leader, even the states that wanted to improve their relations with the Taliban administration started to express that the terrorist threat was a serious problem in Afghanistan.

The instability of Afghanistan worries all CICA members, especially the regional states. Therefore, some leaders who spoke at the CICA Summit stated that the problem in Afghanistan poses a serious threat and made suggestions for a solution. In this context, the President of Russia Vladimir Putin is one of the leaders who emphasize the Afghan Issue.

During his speech, Putin mentioned the attack on the Russian Embassy in Kabul and stated that it is not possible to struggle against terrorist threats alone. Russian leader emphasize that Afghanistan’s national reserves should be released in this context, and he also stated that the USA should pay compensation to Afghanistan for the invasion.[1]

Another leader who was mentioned in news was the President of Uzbekistan, Mr. Shavkat Mirziyoyev in Afghanistan at the summit. Mr. Mirziyoyev stated that Afghanistan fell off the agenda of the international community and that this was a mistake, and he stated that dialogue with the Taliban administration is essential so that the country does not become a hotbed of terrorism. In the continuation of his speech, the Uzbek leader also suggested the creation of a negotiation group at the UN.[2]

Another head of state that stood out in the Afghan Issue was the President of Iran, Ibrahim Raisi. Raisi announced that a majority government in which all ethnic and sectarian identity groups participate should be established in Afghanistan, and he issued a call for the Taliban to fulfill their commitments to the international community. In this context, the President of Iran, recommending dialogue to the sides of the Afghan Issue, stated that DEASH elements were directed to destabilize Asia, especially Central Asia.[3] Prime Minister of Pakistan Shahbaz Sharif stated that a peaceful, stable and developed Afghanistan is in the interests of the region and the world, and therefore the international community should support the Afghan people.[4]

Based on the information above, when the speeches of the leaders are evaluated at the CICA Summit, it is seen that the general of the member states is aware of the problems related to Afghanistan; however, it can be argued that they become different in their solution proposals. For instance, according to Russia, the reason for the problems is the invading policies of the West, especially the USA. The way of solution is that the US should release the national reserves of Afghanistan that it seized and pay compensation to the country.

On the other hand, as a reflection of the understanding of multi-vector and multi-dimensional diplomacy, Uzbekistan thinks that neither the Western perspective nor the approaches that exclude the West can solve the problem, and in this context, it proposes to seek a solution at the initiative of the UN. The stance of Mr. Mirziyoyev is like a road map that will lead to reconciliation between the Taliban and the international community. Iran has anticipation the development of inter-Afghan dialogue. Lastly, it can be stated that Pakistan sees the Taliban as a reality of Afghanistan and advocates helping the Taliban for stability.

In conclusion, although the Taliban administration was not invited to the CICA Summit, one of the central issues of the meeting was the Afghan Issue. This situation is very significant in terms of showing that Afghanistan-centered developments concern the security of the whole of Asia. However, leaders develop solutions to the problem in the line with their national interests. This means that regional and global competition continues to reflect on Afghanistan. Whereas, one of the most important reasons for the problems is the competition in Afghanistan. Nevertheless, the evolution of this competition into cooperation that will turn into a regional-global consensus could be a key factor for peace and stability in Afghanistan.