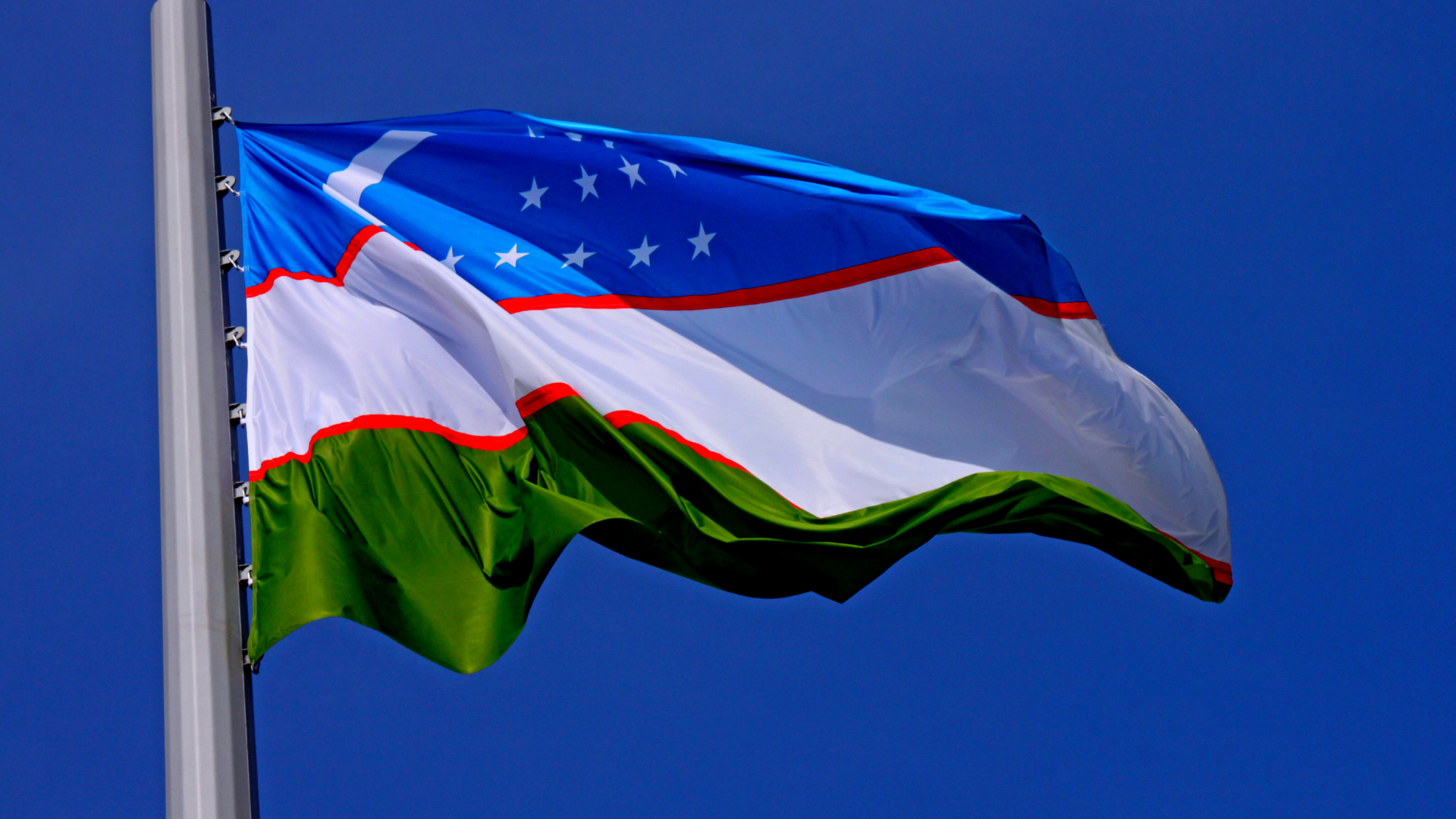 In recent years, civil society institutions in Uzbekistan, including non-governmental non-profit organizations (NGO), are involved in various spheres of public life as well as actively participating in the new stage of reforms in Uzbekistan.

In particular, the third sector is exercising effective public control and social partnership between public and non-governmental organizations. In addition, the activities of NGOs play an important role in protecting the rights and legitimate interests of citizens, improving their social, economic activity and legal culture.

The Government of Uzbekistan is taking long-term measures to strengthen the role of NGOs in all areas of public and social life, based on the UN recommendations. In accordance with Article 18 of the UN General Assembly “Declaration on the Right and Responsibility of Individuals, Groups and Organs of Society to Promote and Protect Universally Recognized Human Rights and Fundamental Freedoms”[1] non-governmental organizations have important role to play and a responsibility in safeguarding democracy, promoting human rights and fundamental freedoms and contributing to the promotion and advancement of democratic societies, institutions and processes.

Therefore, in Uzbekistan special attention is paid to improving the legal framework for the activities of NGOs and their development in accordance with international standards.

Since the start of accelerated reforms in the field of civil society development in 2017, 7 important legal documents have been adopted to provide legal guarantees to NGOs. As a result:

– terms of agreement with the judiciary on the planned activities of NGOs have been canceled and the procedure for notification has been introduced. Therefore, today NGOs carry out their activities freely and without bureaucratic barriers. This is evident in the number of events held by them. In 2021, the number of events organized by NGOs exceeded 11,000[2];

– the issues of receiving funds from foreign donors, accepting grant funds to the accounts of NGOs in any banking institutions have been simplified. Previously, such banking operations were carried out only in a relatively small number of branches of Asaka Bank and the National Bank, which partially prevented NGOs from freely managing their funds.

The repeal of this procedure complies with the Principle 51 of Recommendation CM/Rec (2007)14 of the Council of Europe Committee of Ministers to member states on the legal status of non-governmental organisations in Europe, which states that NGOs with legal personality should have access to banking facilities[3];

– the financial freedom of NGOs has been expanded, and now the total amount of funds received by NGOs from foreign sources has been increased from twenty to one hundred times the base calculation amount (from about $ 546 to $ 2,733). As a result, in 2018, NGOs attracted $ 9.2 million in foreign investment, while by 2020 this figure increased of 5 times and reached to $ 51.3 million.

Undoubtedly, these opportunities will serve to further strengthen the financial and technical base of NGOs, significantly increase the scope and efficiency of their activities;

– launched a single interactive portal “shaffofxayriya.uz”, which will ensure full transparency in the collection and distribution of charitable funds, establish public control over their targeted use;

– the Ministry of Justice has launched a web resource “e-ngo.uz”, which allows to provide services in electronic form for the convenience of NGOs. In 2021 alone, more than 11000 public services were provided to non-governmental organizations through this portal[4];

– reporting types of non-governmental organizations have been reduced and their form has been simplified and become fully electronic. Due to the simplification of NGOs’ reporting to the judiciary and tax authorities, the rate of timely and quality reporting by non-profit organizations increased by 35%, and the number of sanctions applied to them by the judiciary decreased by 80.9%;

– the introduced information systems allowed to register NGOs, as well as to reduce the registration period of their symbols by half – to 15 days. As a result, one of the bureaucratic barriers to the activities of non-governmental organizations has been eliminated, which has led to a significant increase in their number.

Special attention is also paid to the procedures for simplifying the registration of NGOs by ensuring transparency and eliminating standards that do not meet modern requirements, and the draft Code of NGOs is being revised thoroughly.

It should be noted that the adoption of medium-term policy documents, such as the Strategy of Actions on five priority areas of development of the Republic of Uzbekistan in 2017-2021 and the Decree of the President of the Republic of Uzbekistan “On approval of the Concept of Civil Society Development in 2021-2025” aimed at ensuring the active participation of third sector in important political, social and economic spheres of the country shows the strong political will of the Uzbek leadership.

– in the regional centers so-called “houses of non-governmental organizations” were established which helped to solve the problems of about 500 NGOs and their socially useful activities were restored[6]. In particular, newly established non-governmental non-profit organizations operating in these areas, as well as in socially important areas, were housed in these buildings on a free of charge basis.

Such opportunities will serve as a significant financial support for some NGOs with insufficient material and technical base to operate, while financially and economically independent NGOs can direct saved funds to new projects.

– the abolition of the fee for the state registration (re-registration) of symbols of public associations of persons with disabilities, veterans, elders, women, children is in line with Council of Europe Recommendation No. 14 of 2007 on the Legal Status of Non-Governmental Organizations in Europe.

Principle 57 of this recommendation states that “NGOs should be assisted in the pursuit of their objectives through public funding and other forms of support, such as exemption from income and other taxes or duties on membership fees” [7].

– In addition, State duty for registration of regional non-governmental organizations was reduced to the 50 percent of its initial amount;

Over the past five years, the government has allocated 171.2 billion soums ($ 15.5 million) from the state budget to support the active participation of non-governmental organizations and other civil society institutions in the implementation of projects aimed at addressing pressing socio-economic issues.

It should be noted that the social partnership between NGOs and public agencies is also developing rapidly in support of vulnerable groups, especially women, youth, legal education and entrepreneurship. For example:

– in the form of social partnership major projects of NGOs and other civil society institutions were implemented covering such areas as education, culture, medicine, ecology, cadastre, construction, utilities and employment. Overall amount of these social partnership projects reached to 11 billion soums ($ 1.03 million);

In 2021 based on this methodology, the assessment was conducted on the basis of information provided by the Ministry of Justice of the Republic of Uzbekistan and the National association of non-governmental organizations of Uzbekistan on the activities of more than 100 national NGOs. In turn, the transparency of the activities of non-governmental organizations contributes to increasing public confidence in NGOs and attracting the necessary resources.

It should be noted that despite the ongoing reforms launched by state to create conveniences and benefits for non-governmental organizations, to ensure their freedom of activity, there are still pressing issues in this area.

In particular, it is necessary to increase the number of social partnership projects between NGOs and state with allocated funds by public agencies at the expense of extra-budgetary funds, to work on the preparation and implementation of grant projects which possess social significance.

At the same time, in order to increase the legal knowledge and literacy of representatives of non-governmental organizations and to inform them about the requirements of the legislation, need to organize awareness-raising courses and a series of seminars with wide involvement of NGOs.

Despite the creation of an adequate legal framework, in practice social partnership needs to be strengthened further as a priority area. Development of cooperation between government agencies and non-governmental organizations can become an effective mechanism for addressing a wide range of social problems of citizens.

To conclude, the measures taken in our country are aimed at strengthening NGOs so they could contribute to the development of civil society, support government activities in this area, as well as ensuring their active participation in the new stage of reforms taking place in Uzbekistan.

The implementation of the above-mentioned priorities will allow NGOs to be actively involved into coping with pressing issues of society, offering innovative ideas for further socio-economic and political-legal development of the country and serve as an effective platform for the exchange of views on important issues of further development of the state and society.

[1] Declaration on the Right and Responsibility of Individuals, Groups and Organs of Society to Promote and Protect Universally Recognized Human Rights and Fundamental Freedoms

[3]Recommendation CM/Rec(2007)14 of the Committee of Ministers to member states on the legal status of Non-governmental organisations in Europe, 2007. https://www.osce.org/files/f/documents/7/0/33742.pdf.

[5]Official page of the portal of Non-governmental organizations of the Ministry of Justice of the Republic of Uzbekistan. https://e-ngo.uz/.

[7] Recommendation CM/Rec(2007)14 of the Committee of Ministers to member states on the legal status of Non-governmental organisations in Europe, 2007. https://www.osce.org/files/f/documents/7/0/33742.pdf.